The Value of Models at a Trade Show 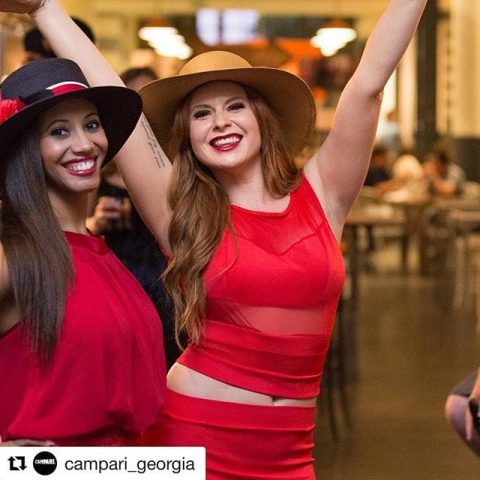 Sweeps week comes around once a year in the television world. It may not be as big of a deal now since television cycles are all over the place thanks to the addition of the DVR and On Demand and streaming services like Netflix and Hulu, which allow viewers to watch anything they want at any time, practically anywhere. But, it wasn’t long ago when networks had to pull out all the stops during sweeps week. News channels would try to save their best stories to get higher ratings, reality shows would pull their biggest stunts. For scripted shows…it was all about the guest star. Shows like Friends would load up with guest talent like Brad Pitt, George Clooney…basically anyone who was in Ocean’s 11. ER would have a top billed talent dying of some rare disease which is the double sweeps whammy. They were all trying to borrow outside talent to boost their ratings. Which works. But, what really pushed the show at those times was the performance of the everyday cast.

At tradeshows, you’ll want to pull in that guest talent, your brand ambassadors and promotional trade show models. But, what’s going to really bring the customers and potential brand advocates home is your staff working alongside those brand ambassadors.

This does not negate the need for these hired guns at all, but it makes it more imperative that you hire the right kind of promotional models or brand ambassadors so that they work seamlessly with the team you send to any event. Sure the ambassadors know their stuff, but you can’t really replace the wherewithal of someone involved in your brand on a daily basis. This is where the teamwork comes in because the trade show models are able to catch the eyes and talk up your brand so that your staff can close when needed.

If you’re sending your staff to a tradeshow you’re making a pretty sizable investment. It’s important to send the right staff members. You want people who are involved enough to be a spokesperson for your brand to any given person, but also lively and personable enough to be an extension of the brand ambassadors and trade show models. They’ll do most of the leg work on that, but there can’t be a disconnect of energy and enthusiasm when the potential customer is handed off to your staff. You’re building a team…or a star-studded cast.

At CMT Agency we know how to work with brands in order to identify the trade show models for specific events – around the world.