The Importance of Promptness 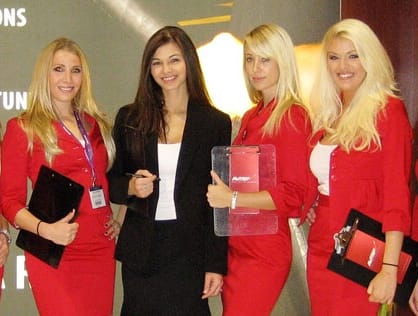 You’ve more than likely heard the phrase ‘getting sucked down the rabbit’s hole.’ It’s applied when you step your toes in the waters of procrastination or distraction and the undertow pulls you further and deeper into the waters of wasted time. The saying comes from the early part of the Lewis Carroll classic turned Disney animated masterpiece, Alice’s Adventures in Wonderland. As Alice drifts away from a gathering, the white rabbit appears mumbling the telling words, “I’m late. I’m late, for a very important date.” The distraction causes Alice to follow the white rabbit down the rabbit’s hole… and well, you know the rest.

The point being, when we are late, when we put punctuality on the back-burner, things can spiral out of control. Time is the most valuable thing we have in this world. When working a job, you’re paid by your time. Some people have a 9 to 5, while others get paid by the hour. Higher-ups have an annual salary. Even more than your service, you’re being paid to take time out of your day to help another person. This notes the value of time. There are only 24 hours in a day. At any certain event, there may only be two hours in which a brand ambassador can affect future advocates’ minds about a brand.

With the value that’s placed on time, it is important that punctuality play an important role in your career. This goes for any talent area; models, brand ambassadors, actors… everyone should practice promptness in their work.

An actor showing up 15 minutes late for an audition could mean the difference between getting that breakout role and getting blacklisted by the casting director any time you audition for them in the future. Also, once you have booked a role, showing up late for your call time could push the production back, causing additional production costs and affecting the time of everyone on set. With models it is the same idea. If you show up late for a casting, it will reflect poorly on you. The people casting are sticking their necks out for you in a way, so giving them any reason to doubt your professionalism is a bad career move.

Brand ambassadors, showing up late for an event or tradeshow could destroy the entire event. There’s a reason things are planned for a certain time. It’s been determined through collaborative efforts that the time set is the most optimal time to put the brand on display. If you’re late, you throw the whole system out of whack and could, conceivably, force the entire promotion to be scrapped, which could also force your paycheck to be scrapped.

What it boils down to is courtesy and professionalism. The people who have hired and staffed you are being considerate enough of your time to pay your for it, so you need to be considerate of theirs.

At CMT Agency we preach promptness to our talent.